Are Looking For A Dentist Who Wants To Care For You

Let Us Help You

The traditional dentist only focuses on fixing problems in the mouth and doesn't address any problems that might arise in overall health from problematic dental materials. The holistic dentist sees the mouth and the materials in the mouth as an integral part of a patient's whole-body health.

It's important to treat a dying or dead tooth as soon as possible. That's because left untreated, the bacteria from the dead tooth can spread and lead to the loss of additional teeth. It could also affect your jawbone and gums. Your dentist may treat a dead or dying tooth with a procedure known as a root canal.

The body of evidence that amalgam fillings can cause a broad range of health disorders is continually growing. At the same time, the technology for safe amalgam removal has forged ahead. For these reasons, Eternal Smiles advocates that patients become aware of the mercury-free dentistry options because the dental and overall health benefits are proving to be substantial.

Most patients find their health improves a lot after amalgam removal treatment.  Some have their health practitioner advise them to remove mercury filling safely with us.  And to use safe fillings for teeth.

We Must Use BPA Free and Fluoride-Free Fillings.

What You Need to Know

To correctly remove and replace amalgam fillings it is critical to assure that you will not absorb more of the material in the removal process. We are a holistic dentist removing amalgams safely. Dr Singh uses safe composite fillngs.

Ready to find out more?

To Get In Touch Today Call Our Office Right Now Or Click The Link To Schedule Your Consultation.

Our process of removing amalgam integrates the latest in high technology with scientifically proven natural and herbal substances.

To prevent mercury and other metals from being ingested, our cosmetic dentist uses the leading edge rubber dam system. It employs a flexible shield that comfortably fits in your mouth so you can relax your jaw as we work. It protects the throat, illuminates the mouth, and creates double suction to keep the amalgam localized.

For additional comfort, we provide oxygen for you to breathe.

A new, specialized drill bit is used to rapidly release the amalgam. Throughout the process, copious water is used to cool the tooth and remove amalgam.

Our holistic dental practice serves patients in the West Midlands and closer surrounding communities and other cities of the UK. 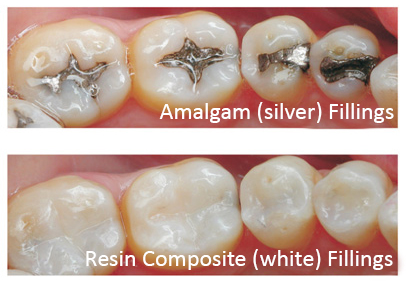 This patient had his silver fillings removed in 1 hour.  Once removed we replace the restoration with quality, strong reliable composite resin restoration materials or metal-free porcelains inlays.

For small to medium fillings, we use high quality, strong, reliable and aesthetic composites with low shrinkage properties (to prevent post-operative sensitivity).    Or if the cavity is very large metal free porcelain inlays, onlays or crowns (to strengthen the tooth).

Suggested dosages on the day of treatment:

Three charcoal tablets half an hour before the fillings are removed. We will also provide you with Selinium tablets and vitamin tablets and Milk Thistle tablets.

3. Consider taking extracts of grape see, milk thistle and turmeric root, which increase the body's production of glutathione, and help by binding to mercury and flushing it

4. Take Spirulina or Chlorella algae, as both are frequently used for detoxing heavy metals.

As a precautionary measure, the Department of Health advised in 1998 against the use of mercury fillings in pregnant women because of the potential risk of harm to the unborn child.

In 2015, UK Medicines Information stated that in mothers who are breastfeeding, it may be a useful precautionary measure to avoid the placement of mercury fillings in non-urgent dental procedures.

Other countries, including Sweden, Norway and Denmark have banned the use of mercury fillings. This is principally related to concerns regarding environmental pollution.

Ready to find out more?

To Get In Touch Today Call Our Office Right Now Or Click The Link To Schedule Your Consultation.